How much of an effect can a cup of coffee have for sports performance? Here’s an interesting study I’ve found from 2020.

Although the human study that sports scientists at University of Coventry in England published, focused on cyclists, it could also apply to other athletes. Neil Clarke, Darren Richardson and others have shown that even athletes who consume large amounts of caffeine do better after a strong coffee. 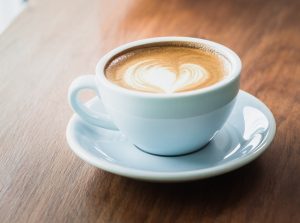 Two occasions were used to study this: 46 recreational cyclists were able to ride 5 km in the shortest time possible.

One time, the cyclists had a cup of coffee-flavored placebo before they started climbing on their bikes. They also drank instant coffee with caffeine the other time. Researchers determined that subjects consumed 3 mg of caffeine per kilogram of their body weight.

These are the results:

A cup of coffee made subjects work 8 seconds faster.

A cup of coffee can improve your sports performance, regardless of how much caffeine you consume.

Researchers concluded that habitual caffeine intake did not impact the ergogenicity and coffee ingestion before a 5-km cycling trial, but improved 5-km cycling time-trial performance, and therefore, coffee is an effective source of caffeine.